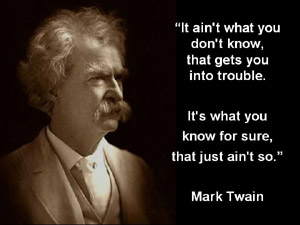 The Coalition to Oppose the Arms Trade (COAT) has a new slideshow called:

Afghanistan, Iraq and "Missile Defence":
Canadian Hypocrisy and Complicity in the Business of War

COAT's latest resource for peace/antiwar activists is an informative slide presentation that uses hundreds of eye-catching graphics to illustrate the Canadian government's hypocrisy in the business of war. This theme is highlighted by focusing on three examples: Afghanistan, Iraq and "Ballistic Missile Defense" (BMD).

The slide show summarizes, in an often humourous way, many of the well-researched and thoroughly-documented articles that have been published in COAT's magazine, Press for Conversion!

The data in this slide show is balanced with healthy doses of social commentary and spiced with the biting wit and wisdom of such satirists as Mark Twain, Oscar Wilde and Pogo.

As usual, when it comes to war, our government has been saying one thing and doing another. This duplicity is exposed by examining Canada's deep and ongoing participation in U.S.-led wars now being waged in Afghanistan and Iraq, as well as in the biggest, weapons-development program in world history, namely America's BMD program.

Canadian governments have long used deceptive PR campaigns to trick Canadians into thinking that our country is a powerful, global force for peace and democracy. This mythical perception that shapes how we see ourselves and our government's role in the world is a clever fabrication used to cover up Canada's deep integration into the U.S. war machine.

This slideshow presents a wealth of little-known evidence to demonstrate beyond a doubt that Canada's government, corporate and scientific sectors, as well as our armed forces, have made significant, longstanding, vitally-important and ongoing contributions to the Iraq war and to America's BMD weapons development program. And, all of the major pretexts for the war in Afghanistan are also analyzed and debunked.

This autumn, Richard Sanders, coordinator of the Coalition to Oppose the Arms Trade (COAT) and editor of COAT's magazine, Press for Conversion!, presented this slide show in five cities.

If you are interested in helping to organize a presentation of this slide show in your town or city (or a modified slide show focusing on one or two of the three topics), please contact COAT's coordinator by email <overcoat@rogers.com> or telephone, 613-231-3076.

The underlying theme of this COAT slide show is best expressed in a quotation from Mark Twain:

"It ain't what you don't know that gets you into trouble.
It's what you know for sure that just ain't so."

The next time some duplicitous politician or government official, some corporate journalist or know-it-all media pundit, or -- even worse -- some well-meaning peace activist proudly pronounces that:

(1) Canada stood up to Bush and refused to join the illegal U.S. war in Iraq!

(2) Canada is fighting for peace and democracy in Afghanistan!

Click here to inquire about arranging for a slide show in your city.